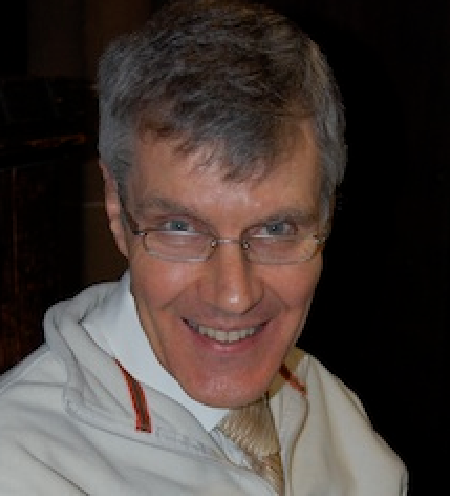 The Tatton Singers are fortunate to be directed by inspiring conductor John Powell. In 2005, John took TS under his wing and transformed an enthusiastic community choir into an adventurous, skilful choir capable of excellent performances of challenging works. John's leadership attracts exceptional soloists and orchestral accompaniment for concerts. Some choir members travel significant distances to sing in TS due to the repertoire, atmosphere and training.

John Powell has been involved in music in Manchester for 40 years – initially on the staff at Chetham’s and as a member of the BBC Northern Singers, more recently as a freelance conductor, singer and singing teacher. He also conducts Bolton Festival Choir and its offshoot, the Phoenix Choir, and his own chamber group, the John Powell Singers, regularly heard on BBC Radio. John teaches privately at the University of York, and is very active as a festival adjudicator with the British and International Federation of Festivals. He worked for the National Youth Choir for over 25 years.
John particularly enjoys preparing singers for special events. Recent major projects have included Bernstein's Chichester Psalms at the RNCM, Bach's Mass in B Minor in Knutsford, Vaughan Williams's Dona nobis pacem in Bolton, concert tours of Iceland, Lithuania and Slovenia and several recordings of 19th Century opera under the legendary conductor Richard Bonynge.

This season's activities range from music by the jazz pianist George Shearing at Ulverston International Music Festival, to madrigals and part-songs in a weekend workshop in Germany, from Handel's great oratorio Jephtha, with Tatton Singers in May to Rossini's Stabat Mater, in Bolton, in September. In August he will, for the sixth year running, direct two choirs at CSSM's annual summer school in Uppingham.

As a singer John has had a long career in radio choirs as well as performing a wide range of oratorio from Monteverdi to Tippett. He has taken part in contemporary opera, including two premieres, and is always keen to explore new and unusual repertoire. Recitals have been a key part of his work for several decades – including two performances for The Manchester Mid-day Concerts Society. In 2017 he completed a series of forty recitals with his long-term accompanist, the late Russell Lomas – performing Schubert's great song-cycle Winterreise.